Banque Marcuard, founded in 1746, was one of Switzerland’s first banks. Through the next two hundred years, it became one of the most important private finance houses in Europe. While placing loans for France, Spain and other European powers, Marcuard also played an important role in the capital accumulation needed for Switzerland’s industrialization until the end of an era with the First World War. Following its sale to Credit Suisse in 1919, it lost its independence. In the early 1990’s, new Marcuard Family Offices entities have been created, in particular by Hans-Joerg Rudloff, former Chairman of Credit Suisse First Boston and Barclays Capital. In 2016, Philippe Rudloff founded Atlantis Marcuard in Geneva. 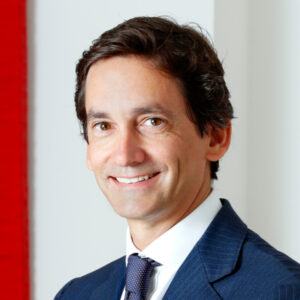 His private banking career began in 1995 at Merrill Lynch’s investment banking operation in New-York and Paris. In late 1997, he launched an independent asset management operation in Buenos Aires, Argentina: Marcuard Latin America. From 1998 to 2001, Philippe Rudloff worked for Marcuard Cook & Cie as Private Banker. He joined Bordier & Cie Banquiers Privés in Geneva in 2001 as Private banker rising through the ranks to be Member of the Board, Managing Director. Philippe Rudloff is a member of the Swiss American Foundation and Vice-President of the Bakala Foundation.

We deliver a wide range of choices to maintain your freedom of movement.

Your data is protected by the most stringent safety measures.

Our goal: to serve your interests and the interests of your family.